Champion Season is here! JV invite to kick-off the post-season. 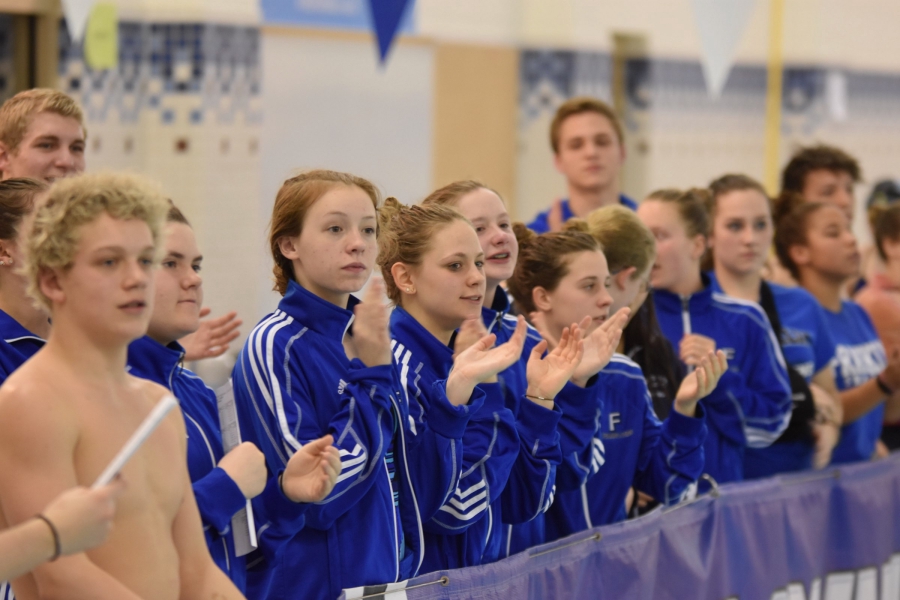 We’re quickly approaching the kick-off to the championship season with the Lawrence North JV Invite, which should not only be fun, but also fast. Teams from around the metro-Indy area will be competing, with North Central, Roncalli, Greenfield-Central, Lawrence North, and Franklin just to name a few! We had a phenomenal time last year, but we’re hoping to ramp the experience up a notch with a strong team presence (despite majority of the Boys team competing at Decatur Central).

There has been a bit of confusion from the host on the start of the meet due to a large influx of divers to the meet, so here are the details:

Lawrence North High School
7802 Hague Rd, Indianapolis, IN 46256 (Yes, the same Hague Rd of the Shane Company!)
Use the parking lot south of the high school

• Bus Departure from FCHS: 11am (Girls Sectional Team will still have practice beforehand as listed on the calendar, while JV Invite swimmers have the AM to sleep in – reporting at 10am to FCHS.)
• Estimated Bus arrival to LNHS: 11:45-11:50pm
• Meet Begins: 1:00pm
• Meet End Time: 3:30pm – likely

As fans, please wear your Franklin Blue to look united. We will be also asking that our athletes be always dressed in their warm-ups to look unified. Athletes will be making some posters (if they’re allowed) in order to get the best possible fan section around.

No promises, but if your son or daughter does NOT have a racing suit, encourage them to ask me to borrow one. I often have some in my office (some are used, however). It’s my goal to make this event as special as possible. Suits (though the effectiveness can be debated) do help build a special moment.

Thank you for all the support of this meet. On behalf of the kids, it means a lot to us.